Relationship Status According to Your Sleeping Position

Emma’s Pillow Talk•Health and Mind
Previous article How to Disinfect and Sanitize Your Memory Foam Mattress?
Next article Beyond Your Wildest (Quarantine) Dreams 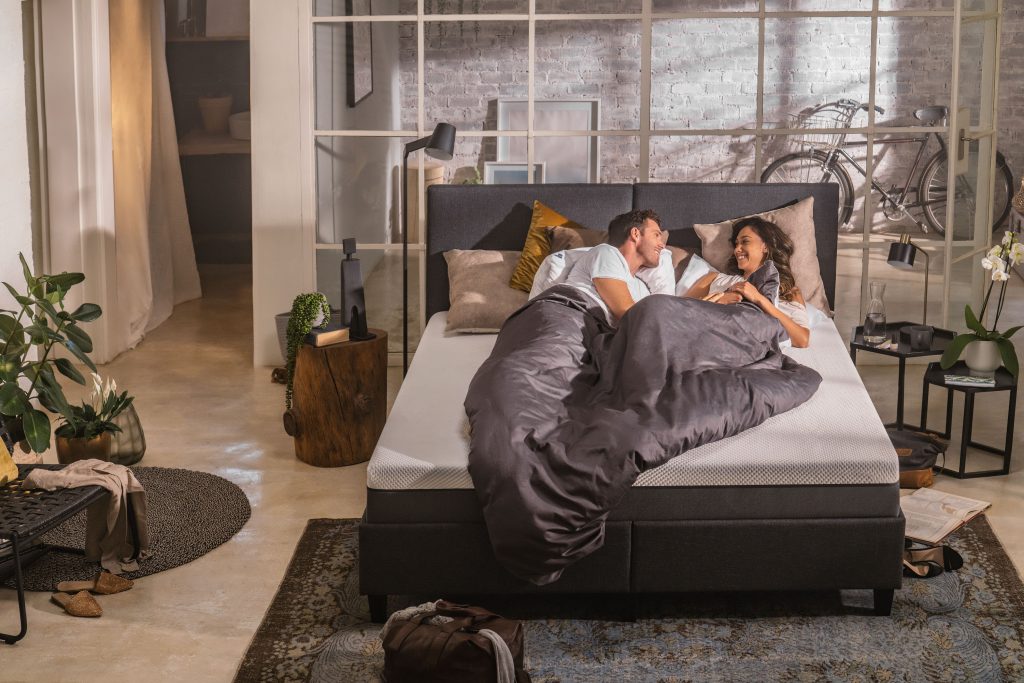 What does your sleeping position say about your relationship? Well it says plenty, but, like astrology, can be worth about as much as grandma’s advice on silk lingerie. It’s your call if you want to be a believer or a skeptic; we’re not here to convince you, just to present the cold hard facts. So, what does he really mean when he only touches your leg at night? What message is she sending when she rolls away to the edge of the bed around midnight? Our team of super sleep sleuths have reported in.

Big spoon, little spoon: they’re classic. You’ve heard it before; one is the big, dominating protector and the other is the smaller, submissive secretary. Not so fast. Although there were traces of these stereotypes found, the overall evidence suggests that a feeling of trust permeates the relationship and is usually adopted by newer couples since it is also a highly intimate sleeping position.

The natural evolution of normal spooning is “Loose Spooning” and no this isn’t about any sagging situations that come with age. Instead of the couple being hugged up tight like two hairless cats in winter, there is a small space left between them. While still being an intimate position, it also conveys that the relationship has matured and that each is trusting enough to not be (literally) breathing down the other’s neck.

Guess what? There’s another Spoon! That’s right, “Spoon Chasers” are a bit more complicated. The big spoon is in the middle of the bed while the little spoon is subtly trying to get away. Sounds fishy right? Who does that little teaspoon think he is? Well it could be that he or she needs more physical space, maybe too sweaty, or maybe he has had one too many spoonfuls and needs an emotional break. Big spoon keeps on chasing so they will probably patch things up. Interestingly, about one fifth of couples are Spooners.

Couples that sleep back-to-back while touching along the spine make up about 23% of the total surveyed. The light touching along the spine and rump suggest an intimate feeling, while the position of the two bodies away from each other imply independence. Think of this as the Destiny’s Child of sleep positions. Each buys their own pillows and buys their own sheets but always fifty-fifty in relationships.

There’s also a deviant of this position where the couples are back-to-back but not touching patooties. This indicates an even higher level of independence is mostly commonly seen in couples that have been through thick and thin and can easily do things alone or together. They are less like Destiny’s Child since they don’t have to announce their independence and more like Beyoncé and Jay-Z, successful together or apart.

Tetris players are contact heavy sleepers that usually have one or more body parts touching their partner. One such position is when one partner sleeps with his or her head on the other’s chest, nuzzling the neck. This is an extremely intimate position, so much so that I am a bit skeptical that anyone could make it all through the night without breathing/snoring into their partner’s ear, but I digress. It’s cute and a nice thought but not many opt for this position because, shocker! It’s not very comfortable.

Some Tetris players like to sleep all tangled up with legs and arms intertwined as if they couldn’t be separated for even one second. Ah, young love… but they’ll get over it. Only two percent of couples sleep like this and it can be a tale-tale sign of a problematic relationship if it does persist for too long. Over dependence and waking up with hair in your mouth are never good, kids.

Instead of being a compact Tetris double stack, perhaps you only drape one leg over and call it a game. Depending on how the legs are touching can suggest different circumstances in the relationship. If only one has initiated, then it might suggest a longing for connection and intimacy. If both respond, resulting in interlocking legs, it would insinuate a nice balanced, unified relationship.

Now that we have covered most of the sweet, healthy, romantic sleep positions, let’s talk about when you might have issues.

Stomach sleepers are hiding their no-no spots. This can indicate that the couple is not able to be vulnerable with one another and should probably have a conversation before things get too tumultuous and your spine starts to suffer from that bad position.

There’s also the obnoxious bed hog that is seemingly everywhere in the bed at once. This is a pretty big red flag for those in a long-term relationship since usually this indicates having a selfish attitude toward their partner. They can further establish their authority over the other by sleeping with their head higher, closer to the headboard than their partner. That bucket of cold water is looking ever so tempting.

And there you have it folks, our report of the most common and talked about sleeping positions. We put a lot of hard work and dedication into this investigation and surveying all these different types of sleepers. If you would like to volunteer for any of our upcoming experiments, please let us know. We are always happy to accommodate new sleep subjects to sleep on an Emma.