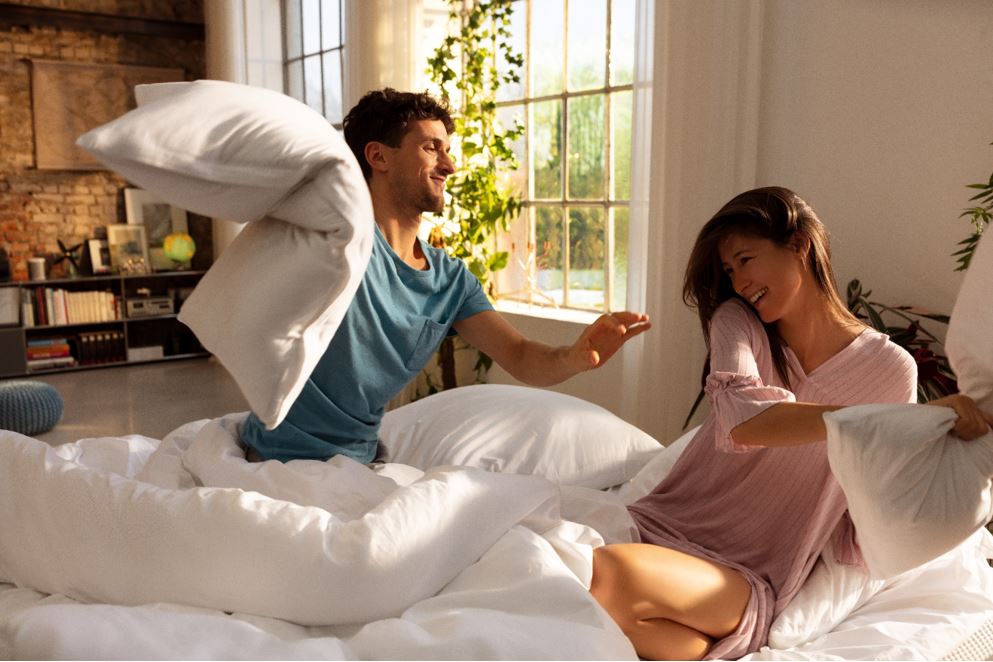 Have you ever been in the middle of a pillow fight with a group of friends and thought to yourself, “someone should really make this into a sport?” Yeah, me neither. No one had, until recently in Japan, where pillow fighting has become a renowned competitive sport. Better dig out your breeziest pajamas and fluff those pillows because we are about to start slinging some feathers.

The game originates from a group of Japanese high-school students in 2013 that wanted to make their pillow fights more competitive…yeah you can’t make this stuff up. The rules are pretty simple. Each team is composed of 5 pillow fighters (plighters?) that start at each end of the playing field by laying down under duvets with a pillow. These pillows aren’t the ones used in the game. The strictly regulated pillows used in this competition of guts and fury lay in the middle waiting to be flung at the opponents. Wait…sounds a lot like dodge ball?

Well it’s not the only thing they adopted from another sport because there are kings on each team. Sounds more like chess now, right? The goal of the game is to hit the opposing king with a pillow to eliminate him or her. Players that are hit by these fluff missiles are immediately eliminated. Also, one of the five players on each team can be dubbed the “duvet holder” and have the high responsibility of protecting their teammates with a duvet cover.

Miss being young and it not being frowned upon to release your rage on unknowing victims with cushy weapons? You are in luck because the tournament has no age limit. The oldest player to take part in this competition was 74. It later was discovered he had escaped from the elderly home down the road…just kidding, but that would be funny. The youngest pillow gladiator was 9 years old and is the reigning champion of last years competition. Word on the street is, she isn’t invited to sleepovers anymore due to fear she will release her pillow rage upon the guests.

I personally cannot wait to play competitive pillow fighting with coworkers at our annual Emmalympics. If you decide to test your athleticism in this juxtaposing game of comfort and pain, I wish you good luck and hope you have fun.

Disclaimer: The pillows used in competitive pillow fighting are latex and controlled by highly qualified referees, unlike our double-sided memory foam Emma Pillow which are tested by real people. We here at Emma Mattress Inc. do not take responsibility for any injuries or broken relationships caused by pillow fights with our dreamy memory foam pillows.