Beyond Your Wildest (Quarantine) Dreams

Health and Mind
Previous article Can You Fake Sleep?
Next article Popular Movies About Sleep 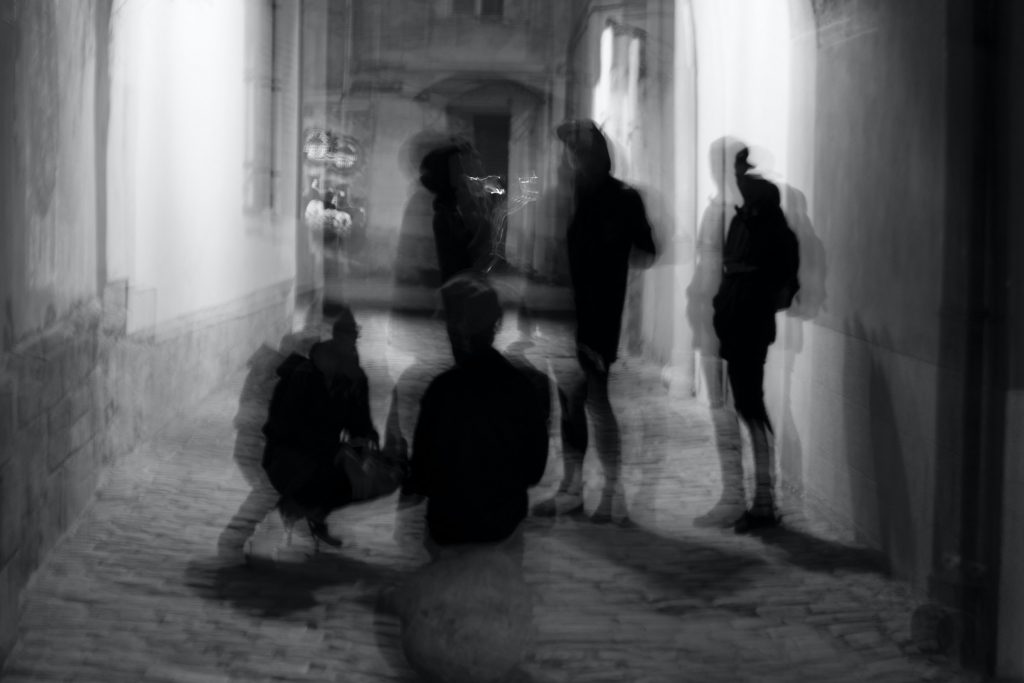 What Do Your Nightmares Really Mean?

There was a period in my life in my late teenage years, where I kept having a specific dream over and over again. In the dream, I was in the middle of dark, stormy ocean clinging to my floating bed frame. Circling the bed was a group of hungry sharks that were just waiting for their dinner, where I was the main course. This was a terrifying experience and I would often wake up in a panic attack and struggle to go back to sleep afterwards. Looking back at this nightmare, it was easy for me to identify the issues in my life that could have led me to this recurring dream. I was about to finish high school and knew that I wanted to leave home for college. I was from a small town in the southern part of the US and had dreams of traveling abroad and learning about the world outside of my tiny little bubble. I was avoiding having a confrontational conversation with my parents about leaving, since I would avoid conflicts at all costs during that phase of my life. As a result, all my anxiety and fears were being brought to the forefront during my sleep and producing these vivid, terrifying nightmares. Almost as soon as I had the conversation with my parents about leaving, which went surprisingly well, the nightmares stopped completely.

Initially I didn’t see the connection between my nightmares and my avoidance of speaking with my parents. I honestly was just glad that the cycle of waking up from a Jaws scene had finally ended. It was not until later when I became interested in the psychology of dreams that I put the two instances together. Although there is still some debate on the matter of how the emotional side of our brains can influence our dream sequences, many studies have been conducted on the matter. A nightmare is defined as bad dreams that are intense episodes which make the dreamer afraid or sad. These episodes normally take place during the REM phase of the sleep cycle. Contrary to popular belief, nightmares are just as common in adults as in children. They normally manifest during times of intense stress or anxiety. We’ve decided to take some of the most common recurring nightmares and give a bit of an interpretation on what they could mean based on different sleep studies that have been conducted.

I personally have never had this dream, but it is one of the most common nightmares that people have reported. There’s nothing like being on a date with your someone special and suddenly you look down to see a heap of teeth on your lap. Then to cover your shock and terror, you look up and smile at your date only to realize that you just showed him or her your big, wide toothless grin. I think this would be enough to wake anyone out of a deep sleep. According to some studies, these dreams are normally linked to feelings of insecurity. It could be that the dreamer is feeling anxious about a big change in their life or even about their physical appearance. Many people admitted that they were feeling depressed about getting older while experiencing this nightmare.

Another type of recurring nightmare that people experience is being injured or attacked while dreaming. I remember a few times where I had a dream where I was a kid on the playground and some bullies beat me up for no reason. These types of nightmares can range from experiencing imaginary mild cuts and bruises to becoming disfigured and losing limbs. Usually these dreams are linked to a feeling of powerlessness. Depending on the level of weakness the person is feeling, it may influence the severity of the dream. I remember at the time when I experienced these dreams, I was in the ending phase of a relationship and felt that I was powerless to stop it from dissolving before my eyes. Speaking from experience, sometimes it is just best to accept that you cannot control the situation and do your best to either move on or stop worrying.

I was also “lucky” enough to have experienced this type of nightmare as well. One minute I’m flying through the air like Superman, and the next moment I’m plummeting to my death as if I were exposed to kryptonite. Researchers have found this type of dream is connected to decision making, especially when the dreamer believes that the decision will lead to a negative outcome. It’s like you are hurling yourself toward a situation that you don’t really have control of and are terrified of the repercussions. This is again remedied by accepting the consequences, whatever they might be. So much of our own anxiety and depression is due to trying to control outcomes in life that will never be in our ability to control. Once I accepted that some things in life are simply bigger than me and out of my realm of influence, I very rarely experience the “falling” nightmares.

4. Caught with Your Pants Down

Remember as a child when you had to give a presentation or speech in class and your parents would tell you something like, “Imagine everyone is in their underwear.” That never actually worked for me, but the reverse did happen in my nightmares. I vividly remember a few nights where I woke up in horror from a dream where I had been giving a speech to the student body in my birthday suit. The total shock and humiliation jerked me out of the dream almost immediately. My heart was racing, and my palms were all sweaty preventing me from falling back asleep easily. Usually this nightmare manifests when the dreamer is afraid of being judged. Many times, people experience this dream because their fear of judgement is holding them back from accomplishing a goal or indulging in a desire that might not be viewed favorably. People that identify as “people pleasers” might have found this to be a recurring nightmare of theirs.  A word of advice to those wanting to move past this stage: you will be much happier living as your authentic self than you ever were while trying to please everyone in your life. Some people are meant to stay beside you and others were meant to leave.

So, there you have it, some of the most common nightmares and how to interpret them. Try to take these with a few grains of salt, since just because many people experience nightmares that correlate to certain life situations, does not mean that those situations are the same for you in your life. The best way to interpret your own dreams to sit down and think about the elements of the dream along with what is currently stressing you out at work or in your personal life. Usually people will find a connection between these two factors. If your nightmares do not immediately go away after you dealt with the problem, don’t fret. Sometimes it takes a few days for our minds to fully process what has recently transpired. Wishing everyone sweet dreams from now on!

Beyond Your Wildest (Quarantine) Dreams